Okay!  Another review about a running game?  Is this some sort of joke now?  A running joke perhaps?  Yes, yes it has.  Hack jokes aside, today's review is of another runner and this time we take a trip to visit the ancient gods.  This is your captain speaking, this weeks review is of Running Gods for Steam.  ALL ABOARD! (Click on "Read More" to read the full review.) 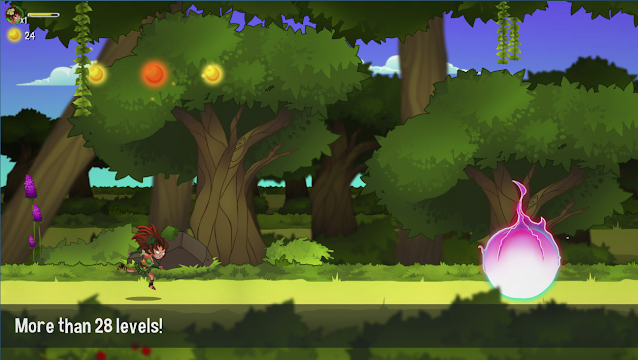 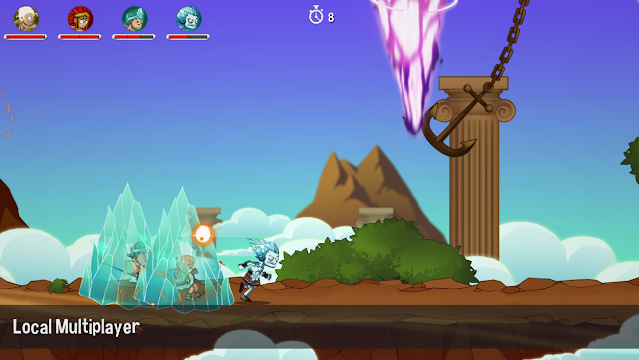 Gameplay is ultra simple.  It's an auto-runner where you must get to the end of a level while avoiding traps such as spikes, boulders, urchins, lava, and projectiles.  Controls too are ultra simple.  You can jump, air-dash, and accelerate.  Along the way you'll be collecting coins and the more you get, the more stars you'll get upon clearing a stage.

Oh, yes.  The main meat of this game is that you'll be running as gods such as Athena, Hades, Artemis, and Poseidon.  You'll only get to run as one god to start off with, but more will be unlocked when a new world is reached.  There's no gameplay differences between the characters, it's all cosmetic which is disappointing.

I can say the same thing about most of the levels.  The levels are very formulaic and mainly have the same kind of obstacles, but re-skinned to match the themes of the worlds.  I say mostly because some stages will have swinging balls in them.  Still, not much of a difference.

At the end of each world there'll be the lamest boss fights of all time.  All you do to defeat them is mash B on the controller and once you've caught up, press Y to attack.  They are as short and simple as they sound.  Oh, yeah.  The bosses in this game is just the same one of you battling your shadow.  Was this supposed to originally be a Peter Pan runner?

There are some challenging levels here and there, but not many of them, nor will they take long to beat.  The repetitive nature makes this game super boring.  There's nothing in this game that no other runner has done before.  This doesn't even nail the basics of the game as well and misses the biggest basic element of them all... The fun! 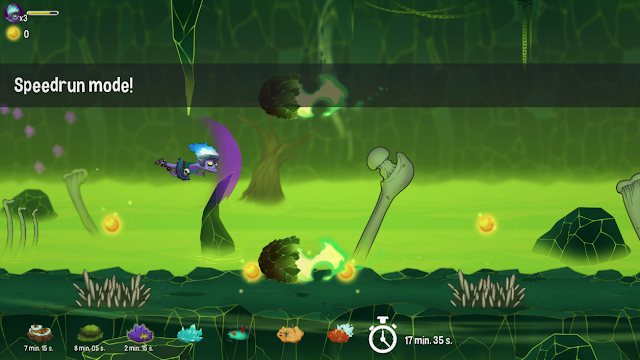 Graphics are bright, colorful, and incredibly basic.  The characters look cheap and unoriginal in design.  They also move around awkwardly due to the badly done animation that's so choppy, it looks like bad paper animation.

The levels are okay looking although there isn't anything much to see.  Which is a good thing in this case as you won't see anything that'll distract you.  You also won't see a lot of the spikes on certain stages very well.  The coloring of some of the dangers just simply blend in with the backgrounds. 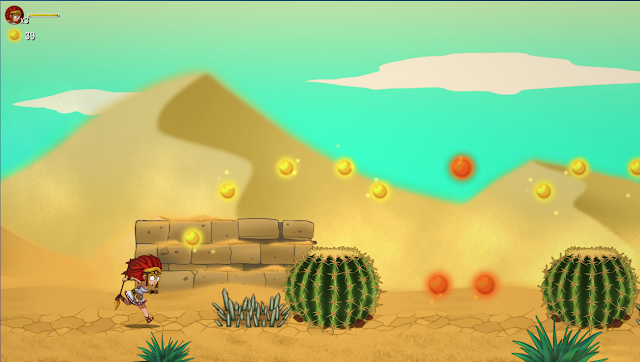 The music has a very loud and clear heavy metal soundtrack.  It's alright, but nothing groundbreaking.  It just serves well as video game background music.  The voice acting is terrible.  You can barely make out what the characters are saying due to their strong accents.  What you will understand is a set of cheesy lines that will make you wish that you couldn't understand them in the first place. 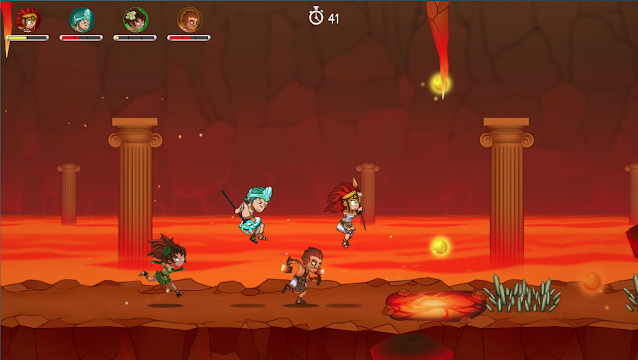 Overall, Running Gods isn't anything that special.  It's a very generic runner game with nothing much going on.  Would've worked so much better as a flash game.  Even so, one that I only would've played if I were a very bored ten year old waiting for my Fortnite patch to install.  5/10

Posted by Retrokaiser at 8:30 AM