The indie gaming scene is full of experimental gems.  There's a lot of interesting and great ideas that have a lot of effort put into them.  But for every Octodad and Hollow Knight, you get gunk such as That Bastard Is Trying To Steal Our Gold, and today's game, Epanalepsis.  (Try saying that name three times real fast.)  Why is this game such a disappointing mess of an indie title?  Click on "Read More" and find out why. 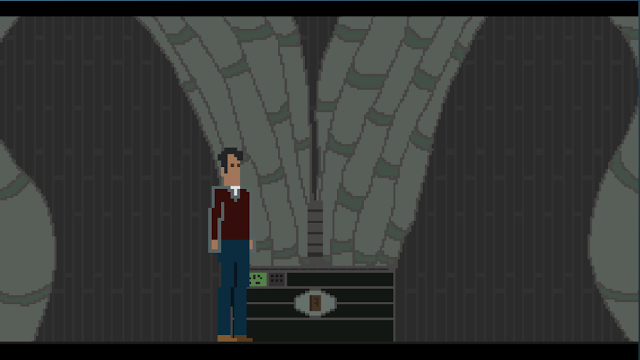 Epanalepsis isn't something that I would quite call a traditional game.  It is an interactive movie anthology about three characters that live in three different decades.  You've got Rachel , she lives in the year of 1993.  She sleeps in past noon, lives in an average apartment, and all she wants to do is go to the bar and hang out with her girlfriend.  Before she can do that, she has to get her work done first.

Second story takes place in 2013, where MMO addict, Anthony has to prepare for a deal with a mysterious stranger.  I'm not going to spoil what kind of deal it is.  He also lives in an average home and barely has a life.

Last tale takes place all the way in the year of 2033.  I'm not going to spoil who the character is, nor am I going to spoil their role in the story.  All I will say is that it shares the same special connection that ties all three stories together.  It also shares the same problem that the other stories had.

While this concept has some interesting ideas, it wasn't executed very well.  First of all, the stories aren't very interesting nor entertaining.  The characters are about as bland as chewed up gum.   Their dialogue reads like a bad profile on some social media website.  It's just mumblings of things such as "I do this", "I like this", "I gotta go here".  Not even a Freddi Fish game has that basic of dialogue.  Hell, not even my reviews suffer from this same problem and that is saying a lot.  (Even though I'm the greatest and most sexy reviewer of all time.)

Well, that's until the end of each chapter. That is when the game picks up, only to break my heart.  As soon as a story becomes interesting, the chapters end and in a very unsatisfying way.  It's undercooked writing that still needed a lot of defrosting before being able to be thrown on the grill. (Even throwing this into a microwave for thirty seconds would've helped the writing a bit.)

The genre for the most part is simple drama mixed in with a grimy independent urban theme.  It's very cheesy, tacked on, and lacks depth.  You know that the story is bad is when that there is a trippy science fiction element tacked on.  It tries way too hard to add philosophical deepness about life and humanity to where it ironically becomes as shallow as they come.  Thank goodness that this experience isn't very long.  You can go through this story in around thirty minutes, including interacting with everything. 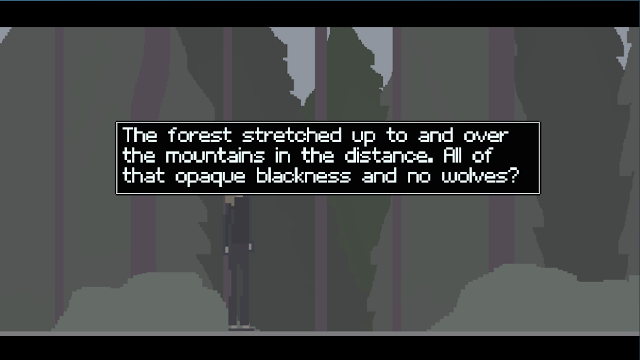 Gameplay? GAMEPLAY! Hah! Gameplay in this interactive movie... Well, yes.  Yes there is some form of gameplay.  Granted, very, very, very, minor amounts of it.  You can move the characters around, interact with items, and even make some choices.

All is done by using the WASD or arrow keys to move the characters around.  Using the left click on the mouse will progress though text and cutscenes.  You can also save at any time by pressing ctrl, if for some reason you don't have the patience to sit though all thirty minutes of this program.

Yeah, the gameplay in this is just a vessel to help move the story along.  But, as I've said before.  Nothing all that much interesting goes on with the characters. Funny enough, there is some replay value as this game contains different endings, granted it's nothing worth going out of your way to see. 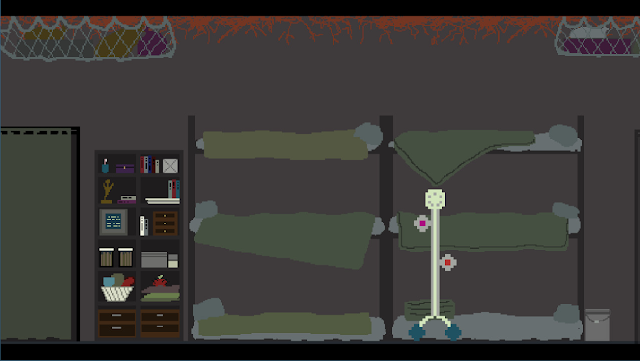 Graphics use a particular style that not only makes the game look lo-rez and blocky, it also uses a stretched out style that gives the characters a long and lanky look.  The characters don't really look that good.  They are very generic and will not have any impact on your memory.  When you think back to the experience that you'll have (if you get that chance), all you'll remember is Taffy from Clay-fighter 63 1/3.  Yup, this is a world full of taffy people. 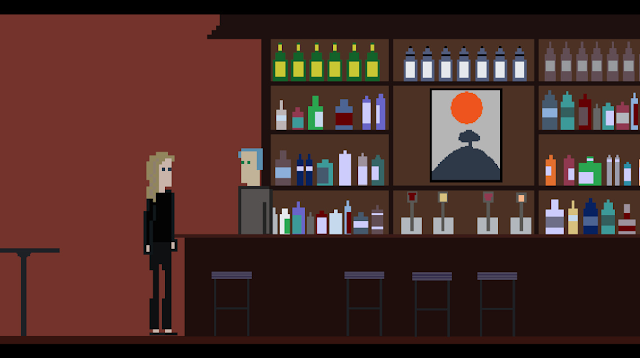 The soundtrack has quite the varied score.  Featuring genres such as: Folk rock, hard rock, techno, ambient, and lo-fi hip-hop just to name a few.  It's fine, nothing all that great. I won't be blasting it out on my stereo on repeat, but it does its job at keeping your ear warm.  I wish that it went with the environment a bit better though.  It is very tacked on to the game and doesn't add on to the atmosphere. 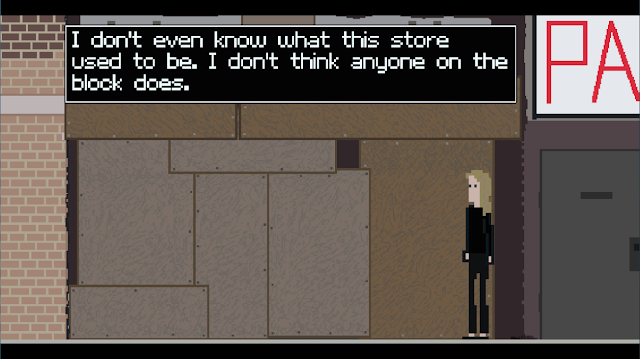 Overall, if this were a web browser game then it may just have been worth checking out, if you are bored and desperate for some late night entertainment.  However, you must be really bored and pretty damn desperate if you want to give this dud a go.  Epanalepsis gets a 3.5 out of 10. 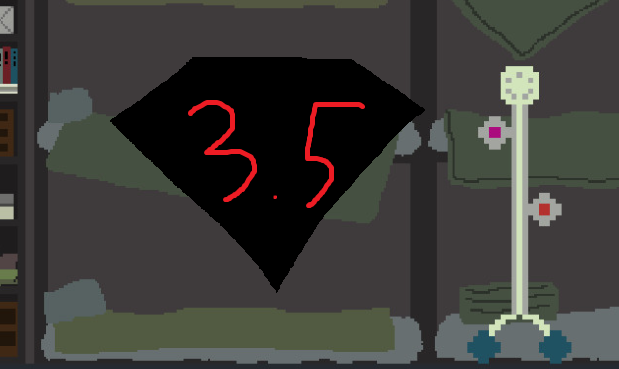 Posted by Retrokaiser at 9:41 PM