What Happened To The Sonic Online Community? 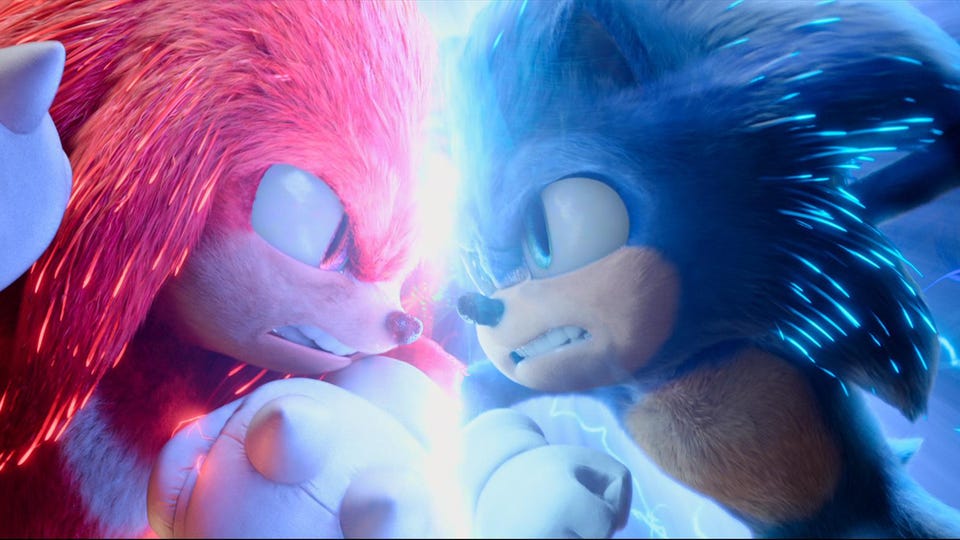 The online Sonic community is known for being famously toxic and super elitist, it's no secret. It's the internet's favourite punching bag, and the butt of all jokes. But what happened? Why did they turn out this way?
Back in the late 90's and early 2000s, Sonic fansites used to be super cool and the place to be. Mostly everybody used to be so welcoming and friendly. There was a big sense of community. They used to have actually really cool designs and were focused on providing real content. There was certainly more of a freedom of choice of things to host unlike what we have now. I remember loads of great Sonic website such as Sonic Style, Sonic Foundation, SOAH City, Sonic HQ, Sonic Stuff, Team Artail, Sonic CULT, and of course a personal old favourite of mine, SonicAnime. 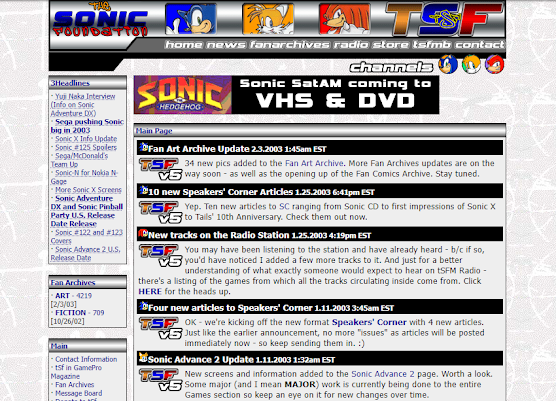 Sonic Foundation was one of my favourite Sonic fansites back in the day.
What Sonic fan sites used to look like in the early 2000's. Sonic Foundation was a favourite of mine back in the day. They used to provide great fanservice.
For example back in late 90's I used to get all the Sonic music from SOAH City they were cool and hosted a lot. They are one of the last few remaining sites from the original era that are still around that is still the best.
I used to love visiting them all. But sadly, Something happened. Around the turn of the mid 2000's, when a lot of them started to shut down. And new ones took their place. So what happened?
I think a big part of it was the Affiliates. Affiliates used to be all the rage. The sites would support each other by linking them to theirs on the front page. That's how I used to find out about other great sites.
But sadly things changed. These sites started to not support each other anymore and turn their own way. They have become more privatized. Everything is now a competition or involves super elitism.
There aren't very many great Sonic fan sites now. It is mostly taken over by idiots. There are websites such as Tails Channel and Sonic Retro that are super elitist and for the latter you have to write a several paragraph esssay on why you want to join the bloody site. How did we get here?! Now it's not turning into Sonic fan sites anymore but an attention grabbing 'Look at me' popularity contest.

I think Youtube, Discord and Twitter is especially to blame here.
They seemed to have killed off most of the fun about being in the community. Now they seem to have become privatized. They feel like a business more than a fan service. Web designs do not look as nice and they all seem to be flat out boring now, they look like a generic office. They mostly have some dumb forum or nothing else.
This is not the Sonic community I remember back in the day. It's now taken over by toxic elitists and if you say some things that differ from their opinion that's a banning. I studied this.
Although i've known about it for a long time that the Sonic Community online is a toxic hellscape. I do my best to try and avoid it all.
Sadly, it's come to that.
While I still like playing the Sonic games, the Sonic Online community has certainly changed a lot for the worse over the past decade or so. Sonic Online Community should not represent the same view or background of any of the games whatsoever.
There is no help for it now. Sonic's still great but the online community certainly isn't.
What do you think happened to them? And do you agree? Let me know in the comments.
Posted by Cameron1391 at 8:13 PM

Email ThisBlogThis!Share to TwitterShare to FacebookShare to Pinterest
Labels: Sega, Sonic The Hedgehog