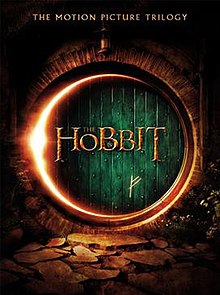 With an expansive and immersive world, fantastic characters with beautifully realized archetypes and a true sense of focus that George R.R. Martin could only dream of, The Lord of the Rings has long become a cornerstone of the fantasy genre, almost to the genre's detriment if I'm being particularly critical. But it was not the only exploration that Tolkien took into the world of Middle-Earth. Before The Lord of the Rings, Tolkien had been working for decades on several projects including works that would eventually become The Silmarillion and, of course, the book that propelled him to popularity in the first place, The Hobbit.

Thus when the fans of The Lord of the Rings cinematic trilogy began to express their hunger for more content, The Hobbit was the clear and obvious choice. Despite this obvious recipe for success and profit, the world would not see an adaptation of Tolkien's beloved children's book until 2012, with a brand new trilogy of films: An Unexpected Journey, The Desolation of Smaug, and The Battle of Five Armies.

At last after a decade of waiting, a new trilogy within the world of Middle-Earth was available for people to enjoy. And audience's collective response to this trilogy was...lackluster, to say the least. Initially, I couldn't decide if I wanted this article to be a Building Better Backstories or just a general editorial. Because of that, this edition of Let's Talk...will be something of a discussion and consideration. We will look at what worked and what did not about Peter Jackson's second trilogy in the world of Arda. I will naturally discuss my passion for the greater Tolkien mythos and ponder on what alterations might have been made to improve the overall product.